Judith’s Reading Room opened its 97th Library in Honduras this February with help from Ana Luhrs, former Board member and Freedom through Literacy Award winner, and the students of Lafayette College’s Economic Empowerment and Global Learning Project. Students travelled to the remote village of Zambrano, Honduras to help rural farmers grow their coffee business.

The Lafayette students built a curated library for exceptional women selected by village elders to attend The Leadership Center (TLC) in Zambrano. Ana used the funds she was awarded as a winner of the organization’s 2018 Freedom Through Literacy Award to purchase books, among them autobiographies of women, and create a culture of reading for pleasure.

“Access to information beyond the classroom allows students to take ownership of their educational journey. Library collections, especially well-curated collections, provide a variety of perspectives beyond that of a classroom textbook and an instructor.”

Women in Zambrano want to become global leaders in the coffee industry, so acquiring the English language skills they need to expand their businesses is a must. Now they have a well-stocked library with books on business that they can learn from.
“Judith’s Reading Room stands with the dozens of young women hand-picked to learn management and leadership skills at TLC so that they can become highly productive leaders in their country,” said Cathy Leiber, Co-Founder, Judith’s Reading Room.  “Thanks to Ana Luhrs, having a library at TLC which is packed with books to encourage a love of reading, students will be able to explore the world when there is little opportunity to leave their country.”

This marks the 97th library opened by Judith’s Reading Room globally. Judith’s Reading Room was established in 2010 to honor the memory and legacy of Judith F. Krug, a librarian. Since 2010, Judith’s Reading Room has dedicated 97 libraries in 20 countries. The organization sponsors the Freedom Through Literacy Award which has disbursed $29,000 in awards to 25 individual champions of literacy.  Additional information and the application for the 2019 Award can be found at www.JudithsReadingRoom.org/freedom-through-literacy-award/

The core of Judith’s Reading Room is the belief that books change lives. At Casa Guadalupe in Allentown, Pennsylvania, children under five are bringing home their first books thanks to a creative partnership.

The first thing you see when you visit the Women, Infant and Children (WIC) Program at Casa Guadalupe in Allentown is a bright red cart of books. Small books, big books, books with wheels, and books with fuzzy fur poking out the covers. It’s a tantalizing display of literary delight, and it is hard to resist when you are five and under.

“Kids are crying and begging for books every time that they come to their appointment,” says former Freedom Through Literacy honoree and WIC Program Coordinator Dawn Bush. “They even still ask for books over stickers!” Moms love the program, too. At each visit, they can bring home a book to add to their child’s library–a luxury many cannot afford on their own.

Started in April 2013, the Birth-2-Five Initiative was Judith’s Reading Room’s answer to the 30-million word gap. Research shows that by age three, a child in poverty hears 30 million fewer words than a child from a middle-income home. This impacts a child’s ability to compete with his peers once he reaches elementary school and can have damaging effects on confidence, self-worth, and academic growth.

After a recent audit by Maternal & Family Health Services, the overseeing agency of the WIC program, it was recommended that books be added to the nutritionist’s office so children had something to focus on, giving their families quality uninterrupted time to listen to the important information the nutritionist was sharing.

Since the inception of the Birth-2-Five Initiative, Judith’s Reading Room has donated 15,649 children’s books to the WIC Program at Casa Guadalupe, building countless home libraries and changing lives.

Do you know a Champion of Literacy in your community? Do them a favor and share the 2019 Freedom Through Literacy Award application with them! 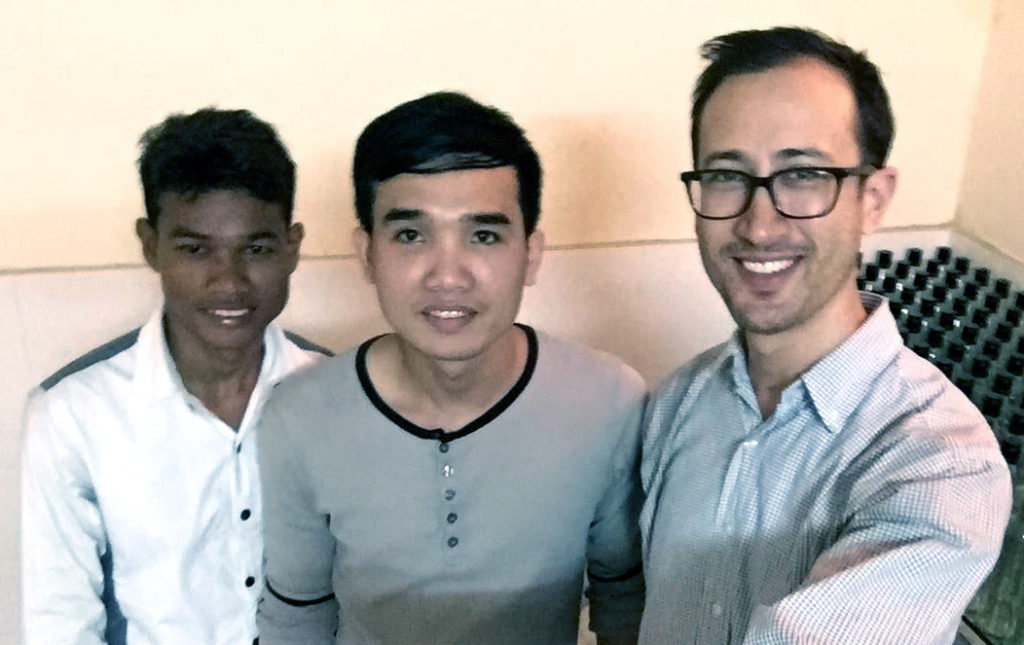 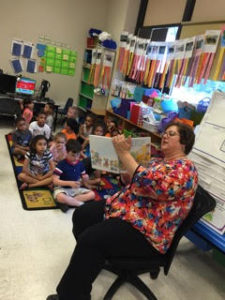 Kelly, a beloved Allentown teacher, passed away in July, 2015. In her memory, teachers at Roosevelt Elementary School celebrated Kelly’s award winning literacy program at a “Book Blast.” Every child in the school received a book in Kelly’s memory. At the end of the school term, 81 children, 77 parents and 33 volunteers brought books to life through costumed story characters and read to lead groups where parents observed a trained facilitator modeling literacy strategies for them to practice at home with their children. 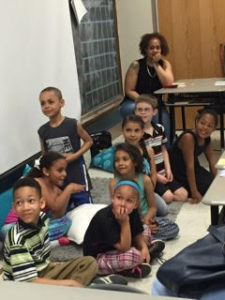 A major goal of this community-driven literacy program is to prevent ‘summer slide,’ during which students regress due to lack of books and no reading. The 3rd annual $10,000 Judith’s Reading Room “Freedom Through Literacy” Award will honor individual champions of literacy from all disciplines around the world — teachers, librarians, authors, booksellers and educators — anyone who has done exemplary work to instill in others a love of reading.

Applications for the 2017 Award will be available on line in the fall at www.judithsreadingroom.org. Since its inception, Judith’s Reading Room has opened 94 libraries in 17 countries with 127,000 books worth nearly $1.4 million. The organization has awarded $20,000 to 10 global champions of literacy.